Is Online Poker Legal in the US?

And looking ahead, there are a few online poker rooms for the USA players that I consider to be reliable: Bovada, Ignition Poker and Americas Cardroom. But let’s discuss the current situation first.

I know I’m going backward here, but I will soon cover regulated states for online poker. I wanted to start here because it’s so important.

As I have stated in the past, I don’t have the popularity of a Phil Ivey, but I know a lot of people in the poker industry. This leads to a lot of information coming my way. In most cases, it stems from a public post on Facebook.
From there, someone will contact me privately and inform me of what is really going on behind the scenes. These people know they can trust me and that I will never reveal their names. Therefore, I cannot reveal my source on the following. It will be up to you if you want to trust me or not. So they have their answer to the question: is online poker legal in the US?

This anonymous source contacted me privately to let me know that people who were playing online in unregulated states were being (enter the word that enters your mind here). I don’t want to write the word because I don’t want to get involved in all that nonsense. I’m mentioning this because my job as a trusted writer in the poker industry is to help my fans/friends win more, and to help them lose less.
If I feel that my following can be put in a situation where the odds are stacked against them, I’m going to send out a warning.

Don’t be naïve. You can’t trust people as much as you think. You might already know this, but as someone with a good heart who REALLY wanted the world to be a good place and gave it everything they had, I learned this lesson much later in life. I would even give people second, third, and fourth chances, justifying it by telling myself I must have done something wrong.

Is online poker legal in the US? Yes, but the states have a lot to do with it.

There are three states where playing online poker is safe, legal, fully licensed, sanctioned, and regulated. Those states are Delaware, New Jersey, and Nevada. To make this even better, the player pools have been combined for more action and bigger prize pools.

Online Poker In Other States

Online poker is legal on a Federal level. When the Department of Justice (DOJ) was asked about The Wire Act (1961), the DOJ stated that it related to sports betting, not the internet. It couldn’t have related to the internet because the internet didn’t exist at that time.

Since we’re on the topic of the DOJ, due to some confusion coming from their end, Pennsylvania has had trouble getting online poker on the move despite online gaming (not online poker specifically) having been approved on 7/15/19.

West Virginia is also expected to have online poker by 2020, but based on how many setbacks there have been with online poker in general, don’t be surprised if there is a delay.

If all goes according to plan, the following states should also have online poker in the relatively near future: Arizona, Colorado, Illinois, Iowa, Maryland, Massachusetts, Ohio, and New York.

All of those states will get involved for tax revenue purposes. New York is a big one because of population and wealth. If it gets to a point where New York is added to a player pool, then online poker could become what is used to be in the past, possibly even better because everything would be more regulated.

The following states are never expected to have online poker, at least not at any point in the near future: Alabama, Alaska, Arkansas, Georgia, Hawaii, Idaho, Kentucky, Nebraska, South Carolina, Tennessee, Texas, and Utah. If you ask people who live in those states: Is online poker legal in the US? They will most likely reply with a quick, “No.” 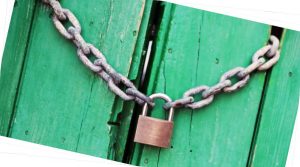 If you’re wondering what happened on Black Friday back in 2011, it related to the UIEGA, which stands for the Unlawful Internet Enforcement Gambling Act. That act was put into effect in 2006, and it was an anti-terrorism measure.
The goal was to prevent online transactions that could help fund terrorism, and online gaming was seen as a way for the bad guys to move money. Who would have ever thought that poker tournaments could potentially relate to terrorism in any way?

In live poker, Ego is your biggest enemy. That’s because you’re sitting right across from other people and you care about what they think whether you admit it or not. Everyone wants to be respected by their peers.

With online poker, you can hide. Therefore, Greed is your number one enemy. When you go to the Lobby and look at the games offered, you might be tempted to play in a game that’s too big for your bankroll. You think you can have a good session, which might end up paying all your bills for the month. This is possible. In fact, I have been there and done that.

However, if you continue to play too big, you’re eventually going to lose. When you lose, you’re going to chase that money, which is going to put you deeper in the hole than when you began.

You’re going to have many options for poker games. Your job is to select a game that will have weaker competition. It should also be stakes that are of no concern to you. This is when you play your best. You might not win a lot, but as long as you play your poker hands well and remain disciplined and fearless, you’re going to build your bankroll.

I don’t recommend moving up right away. It’s better to dominate a game and keep the money rolling in until you reach an insane amount of winnings. You will know when it’s time to move up because nobody will play hands against you and your bankroll is beyond your imagination.

This doesn’t mean you should move up fast. You should grind your way higher in stakes just like you grind your way higher on the felt. One step at a time. That’s how you keep your money. In any arena in life, if you win/earn money too fast, it tends to leave fast. When you work your ass off for that money and it takes a long time to acquire, you appreciate what you have and it tends to last.

Online Poker Is Not Healthy 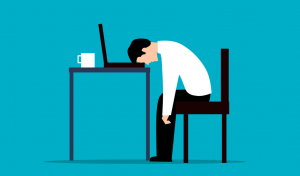 When I played online poker, it was from my home, and I would become obsessed with the game. I would stay up all through the night, sleep during the day, get agitated when people spoke to me, curse at the phone when it rang, ignore people ringing the doorbell, eat rarely, and never go to the gym.

It’s even worse than that, though. All my friends disappeared. Well … they didn’t disappear. I ignored them. And when my parents wanted to get together, I would sometimes make excuses not to attend because I was playing online poker.

I eventually realized that this wasn’t the right way to live. Was losing human connections and not producing anything. I was also irritable and out of shape. It wasn’t the real me. I made a promise to myself to play 100% live poker. What a difference! One of the best decisions of my life.

When you’re out there playing live poker, you make friends, you don’t lose them. You also see new places and experience new adventures. You’re actually living! It’s the complete opposite from online poker and the darkness it brings you.

In the poker world, this means live poker. I have built an entire brand by playing live poker. You can do the same. You might take a different angle with a different product or service, but it’s possible to build a brand in the live poker world. Even if you’re just looking to make friends, you need to go the live poker route. You’re never going to make real friends with online poker (unless your entire world is online poker).

I’m going to play devil’s advocate against myself. A lot will depend on personality type. If you’re very introverted, then online poker might be a better option for you. If that’s the case, I would recommend sticking with Delaware, Nevada, and New Jersey. Pennsylvania and West Virginia will soon be added to that list. Remember these states and where they stand in case someone asks you: Is online poker legal in the US?

You can definitely make money playing online poker. Based on my experiences, online poker players at the low stakes level are much weaker than live poker players at the low stakes level. This relates to people being able to hide behind a screen so they’re not embarrassed. Most people won’t dare enter a live poker room unless they have at least a speck of confidence.

Is online poker legal in the US – FAQ

Where is online poker legal in the US?

It's legal on the Federal level. State by State, it's legal in Delaware, Nevada and New Jersey. Pennsylvania and West Virginia will soon be added. Online poker is not legal in Washington or Utah.

Why is online poker banned in the US?

Online poker isn't banned in the US. It's okay to play, but it's not okay for someone to run an online poker operation in the US.

Is online poker legal in California?

Technically, NO. However, there are overseas options from California and nobody has ever been arrested for playing online poker. The real question is whether or not you should trust online poker from an unregulated state.

Are there any online poker sites for US players?

Yes. The most reputable and safe are: Bovada, Ignition Poker and Americas Cardroom.

How to Make Money In The Right Poker Tournaments

You want to be a winning poker player, and you have read all the poker tips out there on how to do it, but to no avail. There...

Poker Tilt – How Do You Deal with it?

How Do You Deal with Poker Tilt? Tilt is the poker word for 'frustration'. It's when something goes wrong for a player and that player's frustration leads to...

Ah … aggression in poker. Doesn't it sound so sweet? It's known as the most appealing of all poker styles. It's what attracts viewers and makes people ooh...

Brace yourself. This article will be different. The first reason it will stand out is because you don’t find many 1/3 No Limit poker games that lead to...

How to Make Money In The Right Poker Tournaments