How to Buy-In Late & Win

I’m not going to elaborate on the answer to that question here. I’m going to leave it as a puzzle that you must figure out. Maybe you will figure it out by the end of this article, and maybe not, but one day the answer will hit you. When it does, you’re going to have an epiphany.

Since people like Top 10 Lists, I have decided to make this a Top 10 Reasons for the Late Poker Buy-In. I know that’s not the title of this article. I wanted to leave the title the as it is because it’s more likely to capture the attention of readers. Top 10 Lists are a dime a dozen, so readers might have looked over this article if that had been the title.

The good news is that this Top 10 List offers real value. If you pay careful attention, it can help you immensely in regards to poker strategy, but this will be in regards to Texas hold’em poker tournaments, not traditional poker games.

Now let’s get to the…

Contents hide
Top 10 Reasons for the Late Poker Buy-In
#1. You Will Save Poker Buy-Ins
Save Your Bullets
#2. They Don’t Know How You Play
#3. Endurance for the Home Stretch
#4. You Can’t Win A Race On The First Lap
#5. Easier Decision Making
#6. More Free Time
#7. A Lot of the Field Is Gone
#8. Poker Tournament Tip: Small Time Investment
#9. Evaluating the Situation
#10. Comfort
Final Thoughts 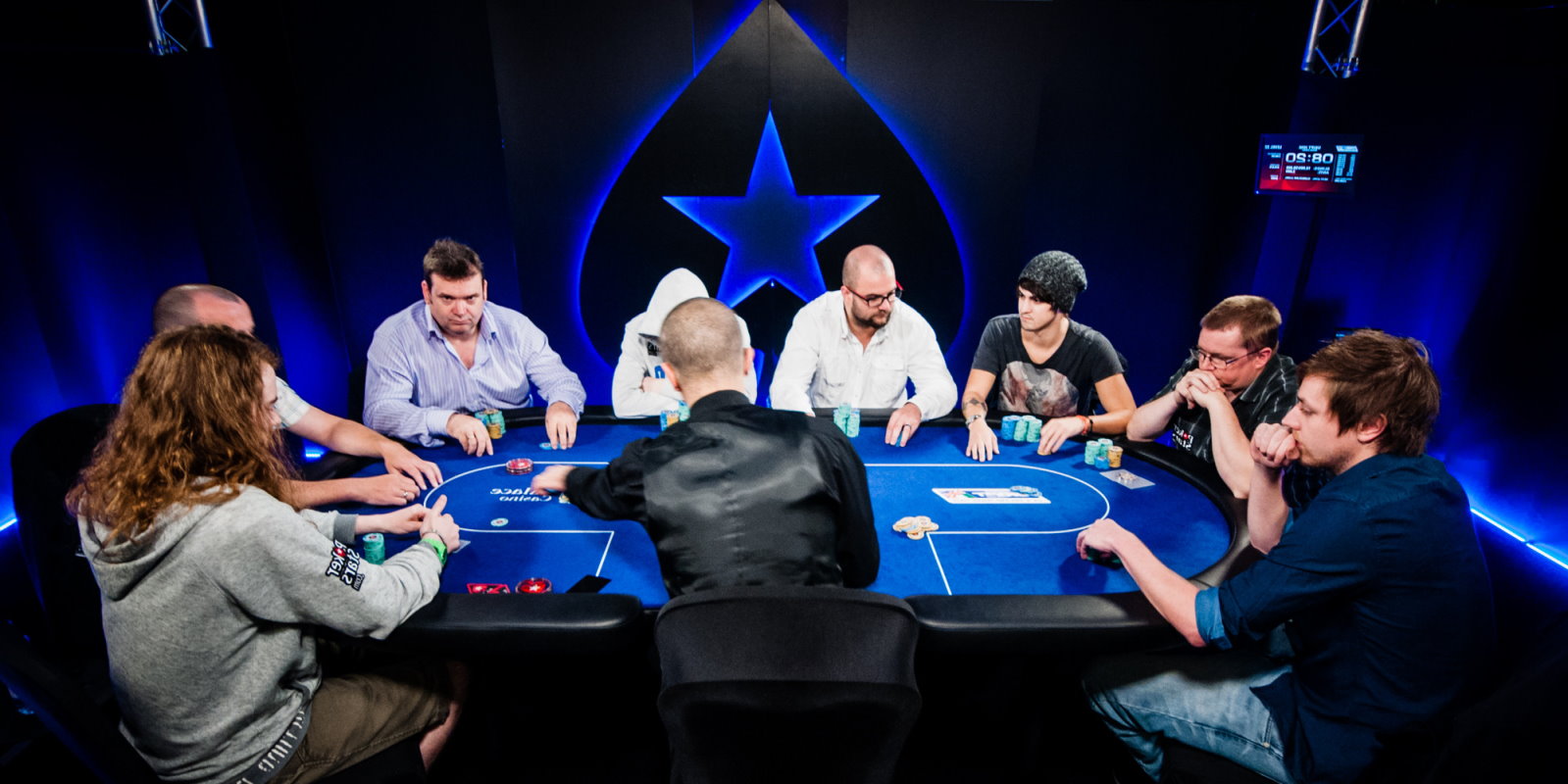 #1. You Will Save Poker Buy-Ins

Any time I have played in Texas Hold’em poker tournaments and busted without cashing after firing several bullets, I have felt like a moron. It’s at those times where I asked myself if I had a brain. One time I even broke into song in an empty bathroom in the casino: “If I only had a brain, I’d unravel ev’ry riddle…”

One day, I did unravel a riddle. I realized that when I played in Texas Hold’em poker tournaments and busted on one bullet, I didn’t feel nearly as bad. In fact, I almost felt good. Maybe something just shy of good. I guess a better word is responsible. There are so many advantages to saving buy-ins, but the most important is that it keeps you in the game. What poker strategy could be more important than keeping you in the game?

Look at it this way. Let’s say I’m playing on the WSOP Circuit (I rarely do this these days because I’m focusing more on RunGood now) and I fire four times at a $400 ring event. That’s $1,600. 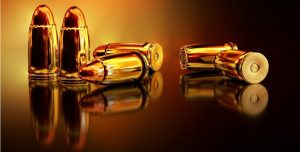 If I had played it differently and been wise and patient, I would have told myself after the first bullet–or at least after the second bullet–that I should save those other buy-ins for a different tournament the next day, or I could switched to traditional poker games for a change of pace and scenery.

Fortunately, there is a solution. Don’t fire four bullets! Sh*t … don’t even fire three bullets. And two bullets is questionable. You can avoid firing multiple bullets by buying-in late!

Poker Tournament tip: This is called bankroll money management, and it will keep you in the game.

If you go with the late poker buy-in, the people at your table aren’t going to know how you play your poker hands. One or two people might have played with you before, but the other players will have no clue. They will have no clue because you weren’t there for the first 2-5 hours of the poker tournament.
Therefore, they didn’t have an opportunity to study you and subconsciously pick up on your patterns. Advantage: You! Any time you have an advantage over your opponents, it fits into our poker rules for winning.

#3. Endurance for the Home Stretch

Let’s say you buy-in three hours late. If that’s the case, then you’re obviously going to have more endurance than your opponents down the stretch. Three hours might not seem like a long time to people who play poker tournaments, but trust me, that’s a long time.
I drive exactly three hours to Harrah’s Cherokee at least one time per month, and sitting in the car for that duration has an impact. I need to hit my Petey’s Bing energy drink down the home stretch on the Great Smoky Mountain Expressway to wake me up.

No race car driver has ever won a 500-lap race on the first lap, and no poker player has ever won a poker tournament on Level 1. When you go with the early poker buy-in approach, you’re putting yourself in a poor risk/reward situation.

I will sometimes buy-in so late that my decisions are all-in or fold. If I double-up once, I’m probably going to be just shy of the average stack. The poker tournament strategy here is incredibly simple.

This factor is often overlooked by most amateur poker players. Professional poker players who use the late poker buy-in approach value this factor. When you buy-in late, you have more time to do things away from the poker table. Sometimes, when you’re sitting at the poker table all day and all night, you ask yourself what the hell you’re doing and if you’re truly making the most out of your life. Poker is awesome, but it’s a lot more awesome with balance.

If you buy-in three hours late to a poker tournament, you will allow yourself time to do many things, including sleep, exercise, exploration, business, golf, tennis, basketball, skiing, whitewater rafting, movies, etc. The list goes on and on. Maybe it’s just having lunch with a friend. Even going for a walk is going to feel good.

No matter what you do, when you arrive at the poker room for a tournament, you’re going to feel more alive than every single person that has been sitting in that room all day. And depending on what you did prior to the tournament, you might even feel invigorated. Can you imagine a day that consists of you hiking a mountain in the morning and winning a poker tournament at night? It can happen! This poker tournament tip should not be overlooked.

When I buy-in very late, such as 4-5 hours late, I sometimes look at the tournament screen and see something like 164 of 540 players remaining. I might be buying-in short, but I like this situation a heck of a lot better than buying-in with an average stack with 540 of 540 players remaining. When I buy-in late, I only have to win two hands, as in two double-ups (or one triple-up), to be above the average chip stack.

This is a very important poker tournament tip. It’s within the poker rules to buy-in to a tournament when 376 of 540 entries have already been eliminated. And all you have to do is win two hands to have a decent shot at making the money. Two hands!

If you go with the late poker buy-in approach and bust, registration will likely be closed. Your time investment in these situations will usually be 1-2 hours. It sucks to lose the buy-in, but think about how much time you saved. Time is more valuable than money.

If you go with the early poker buy-in approach, you will only have an idea about how many players there will be and what the potential payouts will be. When you enter the poker room (or event center) late, you will have almost all the information you need.
You can estimate payouts based on total prize pool and players remaining. Instead of forcing yourself into a situation where you don’t have all the information, you can now decide if you want to play based on the information you have. Having as much information as possible is an important poker tournament tip.

Not all poker players are aware of this, but in most cases, you will switch from 10-handed to 9-handed late in a poker tournament. Do you really want to sit like a sardine where everyone only plays their cards for hours and hours? Or would you prefer to show up when you will have more space and you can actually play the player a little more? Oh, and if you show up late, you will be much closer to the money. I’ll go with the latter!

If you’re going with the early poker buy-in approach, I sincerely wish you luck, but it’s going to be a tough road over the long haul. There are situations where I have to play in Level 1 in poker tournaments. This has nothing to do with poker tournament strategy. It likely has to do with a deal I made with the poker room or whoever is running the tournament.
If you ever see me playing in Level 1, please understand that I had no choice in the matter and I’m sticking to my deal. Otherwise, I’m always going to buy-in late.

I hope you have gained something from this article on poker tournament strategy. If you apply what you have read here, I strongly believe you will stay in the game longer and accumulate more cashes.
♠ pokerjournal.org

What Is The Independent Chip Model (ICM) In Poker?

You want to be a winning poker player, and you have read all the poker tips out there on how to do it, but to no avail. There...

Poker Tilt – How Do You Deal with it?

How Do You Deal with Poker Tilt? Tilt is the poker word for 'frustration'. It's when something goes wrong for a player and that player's frustration leads to...

Ah … aggression in poker. Doesn't it sound so sweet? It's known as the most appealing of all poker styles. It's what attracts viewers and makes people ooh...

Brace yourself. This article will be different. The first reason it will stand out is because you don’t find many 1/3 No Limit poker games that lead to...

What Is The Independent Chip Model (ICM) In Poker?

How to Become a Professional Poker Player

What Are Poker Odds and Outs?